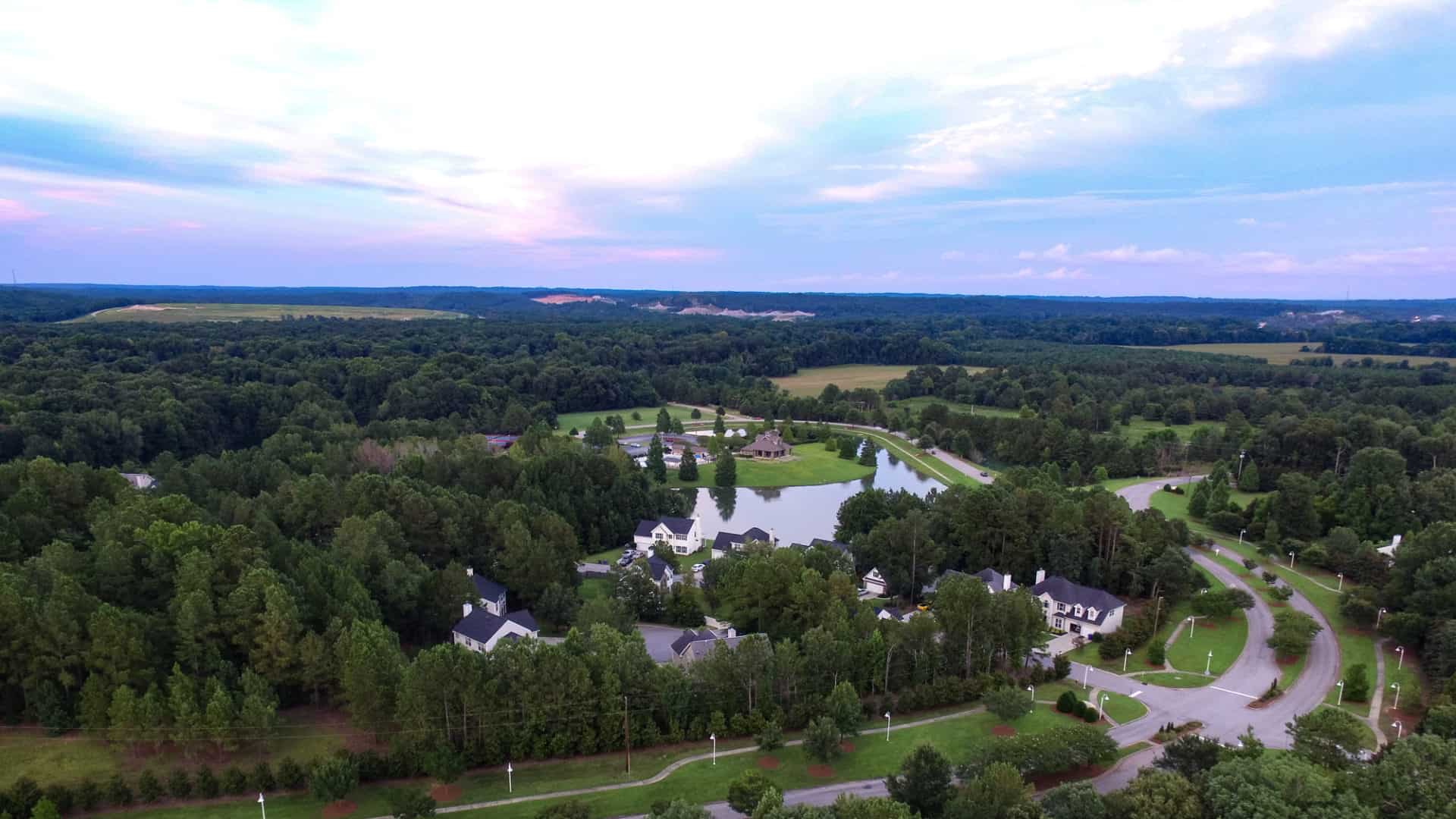 Seeking Volunteers:  Sign up sheets were passed around at the meeting tonight as the Board is looking for volunteers for various committees including the Pool Committee, Trails Committee, Subdivision Representatives, etc.   Subdivision Representatives speak for the people who live in their area, bringing questions and concerns to the monthly HOA meetings on their behalf.  If you were unable to attend the meeting this evening, but are interested in volunteering, please email the Board via the CHP website at: www.chpsc.org

Road Construction Update:  Robert Anderson, representative from the City of Columbia Public Works Department, attended tonight’s meeting to give an update on the project and answer resident’s questions. Robert wanted to remind attendees that the city is not performing the actual road work: the city hired two separate contractors – Terracon Consultants, which is overseeing the project and doing all moisture testing, and Armstrong Contracting, which is doing the actual milling and paving work.

When this project was started, it was slated to be a 15 week venture. Unfortunately, all work is dependent upon the weather, and so far this season we have had 23+ inches of rain, which is highly unusual. Questions arose as to why this project was not done some other time of the year, specifically the summer when it is drier and warmer. According to Robert, there is no perfect time of the year to do this type of work, however the fall/winter season was chosen because it is usually very dry. As luck would have it, this is the second wettest season on record. Murphy’s Law is in full effect, as the forecast for the next 10 days calls for more rainy weather.

This has been a challenging project because the initial road – built 25 years ago – was bad to begin with.  Not only has Armstrong had to deal with unexpected thickness levels of the original asphalt, they have also had to deal with delays due to accidentally ruptured gas lines, as the lines were found to have been buried at 3 and 5 inches, instead of the 18 inch minimum required by code.  These issues – along with the weather – have slowed down the project.  When City of Columbia representatives held the initial road construction meeting, residents were warned that this would be a ‘painful project’ – closed roads, unexpected surprises, potholes, dirt, rocks, loud construction equipment, and weather delays are all par for the course.

The city is keeping a close eye on all of the construction, and must be good stewards of the amount of money being paid out for this project. The city is not happy with some aspects of the work, particularly areas where potholes have occurred after the first binding has been laid, and will continue to oversee and make sure that those areas will be repaired. As soon as the weather allows, the binder by the clubhouse will be re-milled and repaved on the same day.  Also, on the most recent good day of work, when Armstrong was able to lay binder from Groves Hall to Hollingshed Road and then back to the clubhouse, they experienced an issue when the binder machine broke down. Because of this equipment failure, the binder that was laid prior to the breakdown was a much hotter temperature than the binder laid after repairs were made. This has caused some problems with the paving integrity, and will also need to be repaired.

Once the initial layer of binder is placed down and determined to be of good integrity, the roadway must be allowed to ‘set’ for the next 30 to 45 days. This settling period is necessary to check for any road failures with daily use. Once it is determined that the initial binder has been successfully set (or any necessary repairs are made), the final topcoat of asphalt will be laid. At this time, all milled subdivision entrances off of Lost Creek Drive will also be leveled off with new asphalt.

Robert has noticed that since the initial layer of binder was placed down, there has been quite a bit of speeding in the neighborhood. He recognizes that people are excited to have a better road to drive upon, however, he does want to remind neighbors that Lost Creek Drive has a lot of foot and bicycle traffic, and that there is still quite a bit of loose gravel and rocks upon the roadway. Drivers should still maintain a safe speed.

The floor was open for questions:

- One person inquired as to why Armstrong had not been replaced due to the integrity issues. Robert explained that once the city hires a contractor, and all written contracts are signed and in place, it is legally not easy to fire that contractor.

- Another attendee brought up the problems with the flaggers, and how they don’t seem to know how to do their job. Robert says this has been addressed with the flagging company, and that there have actually been firings. He is hopeful after his conversations that flagging services will improve, however if they do not, please notify the city

- It was pointed out that Pond Oak and Grove Hall Lane both have bad drop-offs at the beginning of each street. Residents worry about damage to the underside of their vehicles in these areas. Robert stated that he would check them out.

- A resident stated that he was happy Terracon was watching over Armstrong, but wondered who was watching Terracon? Robert assured him that the City of Columbia is overseeing both companies during the project.

- The question was raised about all the loose rocks and chunks of asphalt currently laying about on Lost Creek Drive, and the dirt and gravel that has made its way to various subdivision side roads. When would this all be cleaned up?  Robert stated that he will talk to Armstrong and see if they can immediately start scooping up some of the larger debris on Lost Creek Drive. Once the project is completely finished street sweepers will come through the neighborhood to clean up any leftover debris.

- Another resident asked about potholes on subdivision streets - streets that are not part of the current repaving project. Robert advised her to call the city to report potholes so they can be scheduled for repair.

- JJ inquired about the requested street lights to be placed on the hill between Gauley Drive and Groves Hall Lane. According to Robert, SCE&G has been contacted and they are working out the particulars.

The HOA Board would like to remind residents that the Board has no say or control over the roadway project, and that if you have questions, comments, or complaints to please contact the City of Columbia Public Works Department directly at: (803) 545-3780 or via their Facebook page at:  https://www.facebook.com/COCPublicWorks/

Halcyon:   JJ wanted to remind people that David Peterson of Halcyon, in an effort to continue making a presence within our community, would continue to join in on HOA meetings either in person or via teleconference, as he is doing this evening.

David would like to remind residents that the new Halcyon Homeowner’s Portal is up and running. Residents may use the portal to pay their HOA fees, find out if they owe any money, review fines, or download needed documents. David asked that if you have any problems with the portal to please let Halcyon know.  The portal may be accessed at:  http://halcyonres.com/

Storage Shed:  JJ, Jan, and her son, recently installed shelves in the storage shed at the pool complex. Help is needed to sort through and organize all of the items in storage. If you are interested in volunteering to help, please send an email to JJ or Jan via the Board email at www.chpsc.org

Landscaping:  O’Neill reports that sod has been laid in areas where it was needed, especially on Gauley Drive, Grove Hall Lane, and Paso Fina Drive. Preparations are also underway for seeding along the parkway in the springtime.

Communications Committee:  The Comm. Comm. has been busy adding additional website content for residents, as well as maintaining the website blog. The committee is also discussing the possibility of placing signboards within the community to notify residents of upcoming meetings, events, and important information.

New State Legislation:  Legislatures have recently passed the South Carolina Home Owners Association Act. The central part of this act requires that all HOA bylaws, covenants, rules, and regulations be filed with each county by January 10, 2020.

Residents will receive official copies of the rules and regulations at that time as well, along with information about the fines and enforcements process for failure to comply. Regular inspections should begin in February.

During the current year, if new rules or regulations are adopted, they will be filed - in accordance with the HOA Act - the following year (2021).

If you have questions about these filings or about the Homeowners Association Act, please contact the Board at www.chpsc.org

Pool Repair Update:   The Board is currently in the process of meeting with two pool contractors: our current pool company, Caroline Pool Management, and a new company, Clearwater Pools.  Both businesses have placed bids on the repairs needed to the pool deck and both bids have come in under the projected budget of $35,000, with Carolina Pools estimating the cost would be about $28,000 and Clearwater Pools estimating about $25,000.

It was originally thought that the pool deck would need to be completely rebuilt, however, both companies have recommended fixing only the areas of the deck that need attention as opposed to a complete restructure. The Board wishes to discuss this recommendation with both companies to make sure it is the right option, as they don’t want the problem areas to reoccur.  The Board will also be getting references on repairs made by both companies to other pools in the area.  Clearwater pools, which is located on Lake Murray Boulevard in Irmo, has a great reputation within the local community, and is anxious to meet with the Board and discuss the possibility of working with us.

It was brought to the Board’s attention that some of the tiles at the side of the pool are broken - the Board will look into having the company with the winning bid repair these as well.

The Board will be making a decision soon, as they hope to start repairs within the next 30 days.  Repairs should be finished in plenty of time for the pool to open on schedule in May.

Reminder:  A Pool Committee is currently being formed, so if you are interested in joining, please contact JJ Gentry or Jeremy Catoe via the CHP website:  www.chpsc.org.

Future Meeting Agenda:  The Board would like to remind residents that if there is a particular topic they would like to discuss at the HOA meetings, please contact the Board ahead of time so that the topic may be added to the evening’s agenda. In the past, meetings have run especially long, and the Board is doing it’s very best to keep all meetings within a one hour time frame. Having a set agenda will help with this. If you have a topic or issue you would like to discuss, please contact the Board via the CHP website: www.chpsc.org.

Minutes reviewed and authorized by:  Jeremy Catoe, HOA Board Member